Fernanda Marroquin won’t slow down for anyone. Between her work with both a climate nonprofit and undocumented youth, Fernanda’s plate is pretty full.

Things have always been this way for Fernanda. Since completing the Penn LPS Coding Boot Camp, though, she’s found a new way to spend her time—and help those around her.

Growing up in a world of uncertainty

Life has been hectic for Fernanda for as long as she can remember, all the way back to her childhood. As an 11-year-old, she entered the United States from Peru on a tourist visa that expired six months later, making her family undocumented.

“My mom is a powerhouse, so she made the difficult decision that we needed to migrate to have a better future,” said Fernanda. “My dad migrated to the U.S. first, to get a job and a home for us. My mom, siblings, and I migrated almost a year later.

“I didn’t really know the things that I would miss out on until I got to high school. I couldn’t get my driver’s license, a job, couldn’t travel, and we were constantly afraid of being deported,” she said. “I also didn’t know if I could apply to college. This was back in 2007 when a lot of undocumented folks hadn’t come out of the shadows yet.”

Working toward a better life

Luckily, Fernanda was able to go to college. After graduating from Eastern University with a degree in political science, she went on to fight for undocumented immigrants in the U.S., helping to stop deportations and to release families from detention centers. She also spent time working with Philly Thrive, a climate nonprofit working to defend communities against the impacts of climate change.

Though Fernanda was hard at work taking on social justice issues, she was looking for another path to expand her interests. She considered tech, but wasn’t sure if it was something she could get involved in. It wasn’t until talking with another woman of color working in tech, that Fernanda felt like this avenue was for her.

“Growing up, I never saw other web developers that looked like me. I didn’t even know web development was a thing. That’s just not something that you see in poor or working-class communities,” said Fernanda. “The first time I saw another woman of color in tech was in 2018.”

Not wanting to waste any time, Fernanda and her brother enrolled in the Penn LPS Coding Boot Camp—and her journey into the realm of tech began.

Fernanda credits her instructors, TAs, and classmates for helping her adapt to learning to code. Coming into the boot camp with very little knowledge of coding, she wasn’t sure what to expect, but her classmates supported her.

“As soon as we got our first homework assignment, we decided to get together and help each other code,” said Fernanda. “Looking back, those assignments seem so easy compared to what we learned to do, but it was so new to us then.”

Even with the steep learning curve, Fernanda fell in love with coding. Watching her projects come to life was thrilling—as was finding a community of fellow coders to share it with.

“Working together made us all really close, because we knew what it was like to share the experience of learning something new together,” said Fernanda. “We struggled together. We all still meet up now, even after completing the program.”

As Fernanda’s program continued, it came time for Demo Day, an event dedicated to showcasing some of the best projects that the learners had worked on throughout their boot camp. After brainstorming ideas with her team, Fernanda came up with the idea to create a platform game, similar to Super Mario Bros., but featuring a little brown girl journeying out of a burning city toward a paradise village. The game involved jumping over fire pits and avoiding spewing fireballs while collecting coins.

The project took just over three weeks to create and required Fernanda to learn new programs. It was worth it to tell a story that deeply resonated with her.

“It was the coolest thing to demo and create,” said Fernanda. “For Demo Day, we had a screen set up where people could play the game using game controllers and see the leaderboard with scores.”

The other students and instructors were incredibly impressed with Fernanda’s group project, which was highlighted as a standout project at the event. All of the team worked diligently on bringing the idea to life.

“It was challenging, but people were definitely impressed. I would have never thought I would’ve been able to build something like this,” Fernanda said. “I’m really proud of our team.”

Fernanda was asked to be the keynote speaker at her boot camp graduation. She took the opportunity to share her journey into tech as a migrant Latina, reflecting on the challenges, lessons, and triumphs she had throughout the program. She also gave a shout out to her parents and thanked them for taking the risk to help her and her siblings have a better life.

“I wouldn’t be who I am without them, and I’m so thankful for them and humbled by their resilience,” said Fernanda.

Fernanda wants to help other young women like her see themselves represented in the tech industry. As she works to build her own career and become a role model, she knows there’s a lot riding on her shoulders.

“Black and brown kids, especially girls, aren’t exposed to these things. And it’s hard to aspire to be a web developer, or anything else, if you don’t see yourself reflected in the people who are already there,” she said.

No matter what her future holds, Fernanda has no plans to slow down anytime soon. There’s a lot of work still to be done to carve a path that others can follow.

“Not only is not being more diverse a disservice to the tech industry because they are missing out on the brilliance of people of color, it’s also harmful to all communities,” said Fernanda. “Tech is all about bringing our ideas to life, and hopefully making the world a better place by doing so. In order to build things that serve everyone, more diverse voices need to have access to these spaces and be part of the conversation.”

This article was originally published on bootcamp.sas.upenn.edu.

Three Veterans Successfully Step Beyond the Battlefield with a Short Course, Boot Camp, and MBA. We shine a spotlight on these inspiring veterans whose experiences in 2U, Inc. programs helped them chart the next successful step in their careers. 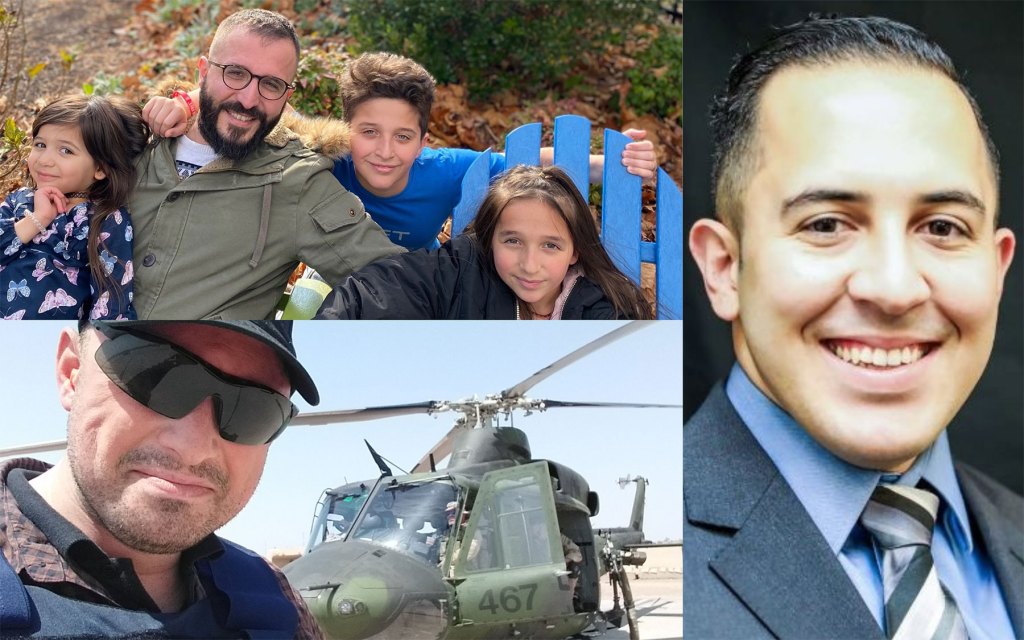 This Entrepreneur Used a Boot Camp to Launch a Chocolate Business

“Not your average box of chocolates.” For California native Sheena Minoc, these words are more than a catchphrase — they’re a promise. The founder of Bay Bonbon, Minoc is anything but conventional. 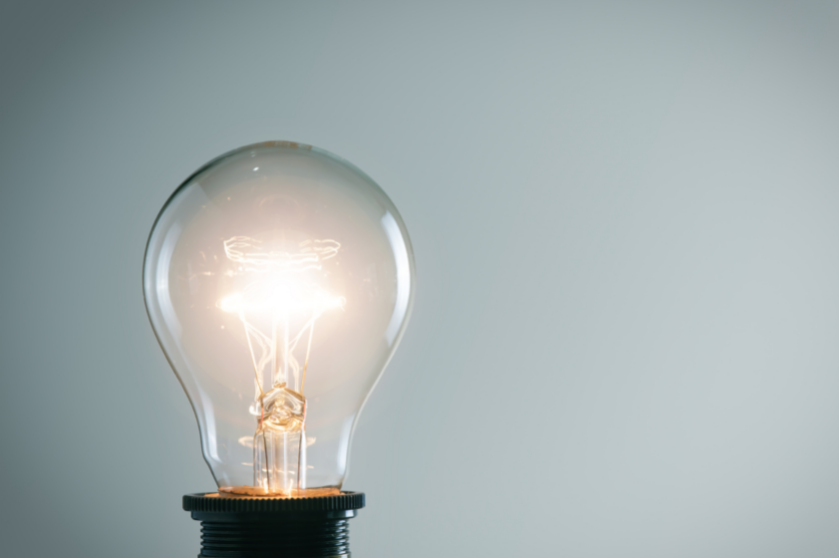 Career Navigation: Trends on the Horizon for 2023

To welcome the new year, we held conversations with a few of our coaches to discuss what 2023 might have in store for your career and steps you can take to be competitive in the market – regardless of your field. 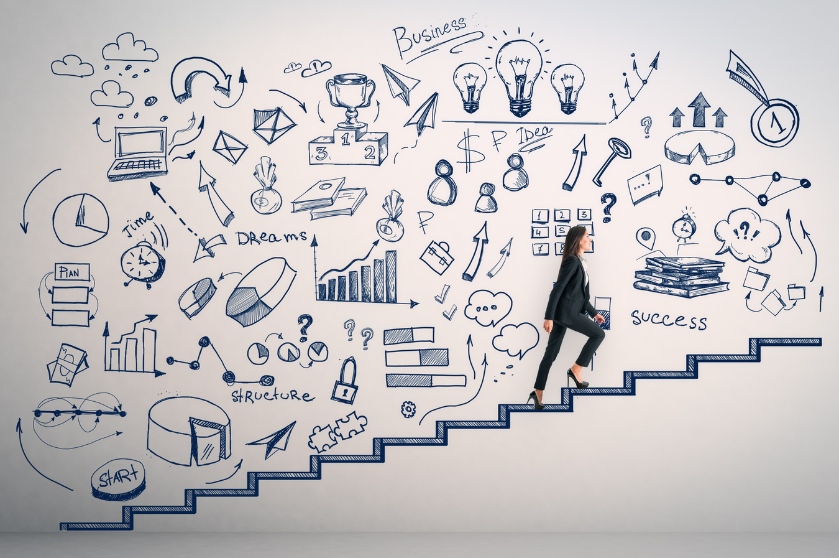