EDITOR’S NOTE: This story is part of a spotlight series on graduate alumni from 2U, Inc. online programs who were survey participants in our 2020 Gallup-2U, Inc. Graduate Alumni Outcomes Study. The study was conducted to help 2U, Inc. better understand the student experiences and career outcomes delivered by our university partners.

As a first-generation college student, Erika Gonzalez has faced her fair share of challenges.

“It took me about seven years to get my bachelor’s of science in public health,” she explains. “Within that time frame, I got pregnant and had my daughter while balancing a full-time job. I never stopped to think about what was next. Never. I was just surviving in the moment.”

After graduating from college, Gonzalez took on a series of administrative healthcare jobs—from hospital clerk to program assistant at the Colorado Department of Human Services.

Though she loved the healthcare industry, Gonzalez craved a more fulfilling role. “I wanted to take on leadership responsibilities—to go out there and find more meaningful work,” she says. “But I was stuck. There was no progression in my job.”

One day, Gonzalez stumbled upon an ad for the Online Master of Health Administration at George Washington University (MHA@GW): a rigorous 2U, Inc. program designed for driven professionals seeking to improve healthcare delivery, assume leadership positions in a range of health-related environments, and oversee influential change in communities around the world. It was the perfect opportunity for Gonzalez to advance her career without relocating to another state or putting her work life on pause.

For her, online learning was more than a perk—it was a necessity. “I was a single mom working full-time,” Gonzalez explains. “I needed the convenience of an online program. Flexibility was really the bottom line.”

Looking back, Gonzalez much prefers online learning to in-person education.

“It was like night and day,” she says. Instead of commuting to a physical campus—like she had done during her undergraduate years—Gonzalez logged onto her computer and took classes right from her bedroom. “I would sit on the bed with my daughter in the room, because I didn’t have an office,” she recalls. “And instead of making me feel uncomfortable or excluded, my professors were totally cool with it. They didn’t care where you were as long as you were in the moment, present.”

While obtaining her bachelor’s, Gonzalez had often felt lost. “As a first-generation college student, I didn’t know what I was doing,” she says. “First of all, I could never find courses that worked with my schedule. And when I did enroll in courses, I was usually the only Hispanic student in the classroom.” Because of this, Gonzalez found herself sitting back instead of speaking up. “I never asked for the help I needed,” she says. “I thought I had to understand everything on my own.”

In the MHA@GW program, her outlook on education completely changed. “I was in the same classes as orthopedic surgeons and CEOs, and we were all treated the same,” she remembers. “I could raise my hand, and the instructor would pick me. Then they would pick someone else. There was no favoritism.”

My parents came to America with nothing, so having my graduation in D.C. was really symbolic. To them, it’s like the American Dream. Everyone was so proud of me. It was an amazing feeling.

Though Gonzalez struggled with imposter syndrome, being seen and supported by faculty helped her value her individual voice.

“When I started the program, I felt unprepared,” she says. “Most of my peers were either nurses or orthopedic surgeons, so I didn’t know as much about healthcare as they did. I remember telling one of my professors that I was really intimidated.”

But before long, with that professor’s assurance and encouragement, Gonzalez was able to view her unique background as a benefit rather than a burden. “Nobody else in the course was operating in the social work world,” she recalls. “I was able to show them a different side of healthcare, how it overlaps with human services.”

Gonzalez’s personal experience proved useful, too—especially during a public health unit on Medicaid. “I really understood it, since I’d gone through the Medicaid application process before,” she says. “I knew about all the pain points, since I had lived through them.”

“I Was Afraid of Failure”

When reflecting on her full MHA@GW journey, Gonzalez always returns to one event in particular: graduation day.

For two years, she had kept the program a total secret from her family in Colorado. “I never told anyone that I was pursuing my master’s, in case I didn’t follow through,” she shares. “I was afraid of failure.”

But after successfully completing all of her courses in May 2019, Gonzalez knew it was finally time for the big reveal—so she started planning. “I told my parents, ‘Let’s go to Washington D.C., and explore,’” recalls Gonzalez, smiling at the memory. “And that’s all I said.”

While eating lunch in the nation’s capital a few hours before the ceremony, Gonzalez finally explained what was really going on. “I said, ‘Mom and Dad, the actual reason why we’re in D.C. is because we’re going to my master’s graduation.’ My father immediately took his glasses off and started tearing up in the restaurant. I’d never seen him cry before. It was such a powerful, tender moment.”

After two long years, her secret was out—and Gonzalez’s family was in the perfect place to celebrate. “My parents came to America with nothing, so having my graduation in D.C. at the Washington Monument was really symbolic,” says Gonzalez. “To them, it’s like the American Dream. I know it may sound cliché, but it’s true. Everyone was so proud of me. It was an amazing feeling.”

Throughout the MHA@GW program, Gonzalez’s instructors made a point of asking students: What will your legacy be? What do you want to leave behind?

For Gonzalez, the answer was immediate. “For me, success is finding something meaningful, something that I can connect with and use to represent the community that I’m working with,” she explains. “And it’s learning as much as you can in different roles. I don’t want to make money just to leave money behind. I want to leave something that my daughter can proudly look at in the future. That way, she can say, ‘This is what my mom did.’”

Since obtaining her master’s, Gonzalez has moved into a new role with Colorado Access. As a program analyst, she’s responsible for reporting Medicaid usage across different regions of Colorado. In hindsight, she credits MHA@GW for helping her take this meaningful next step. “When I was in the master’s program, I did a research project on Medicaid Utilization in the Colorado Child Welfare Population,” she explains. “My new employers hired me because of this hands-on experience.”

As a lifelong learner, Gonzalez knows that her legacy will continue to evolve. Right now, she’s inspired by the idea of creating and supporting high-quality healthcare programs that help low-income individuals. “I was once a low-income single mom,” says Gonzalez, “and now I want to give back. My legacy is to help people who have many social determinants of health, because I’ve been there myself.”

Transitioning careers is always a challenge, but thanks to a boot camp program, Charles Gedeon came out on top. Here are his top 10 tips for conducting an effective job search after a boot camp. 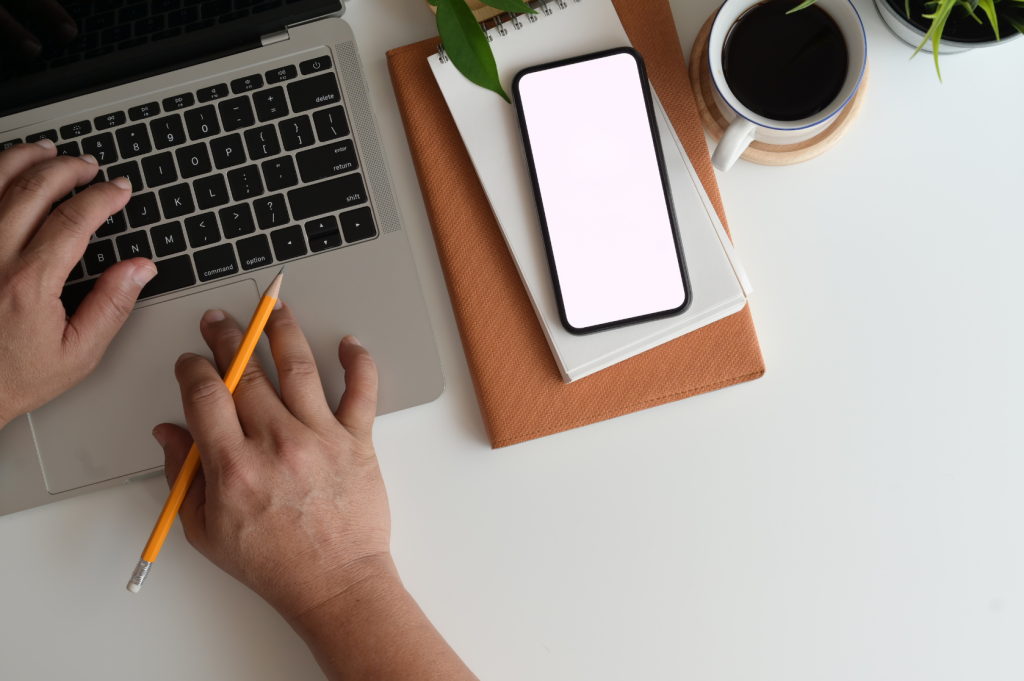 At 2U, Inc., we want to help you gather the tools and resources needed to make human connections during trying times, especially when it comes to finding a suitable career. 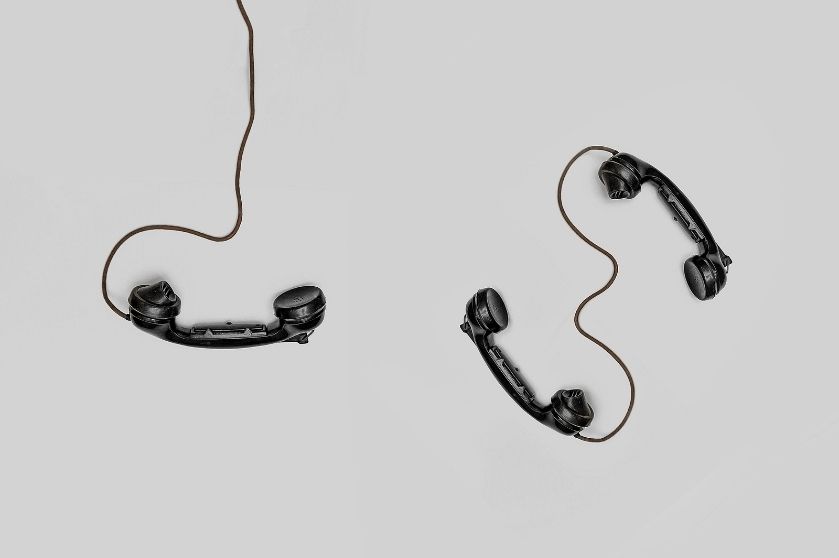 What Kind of Coding Community Should I Join? 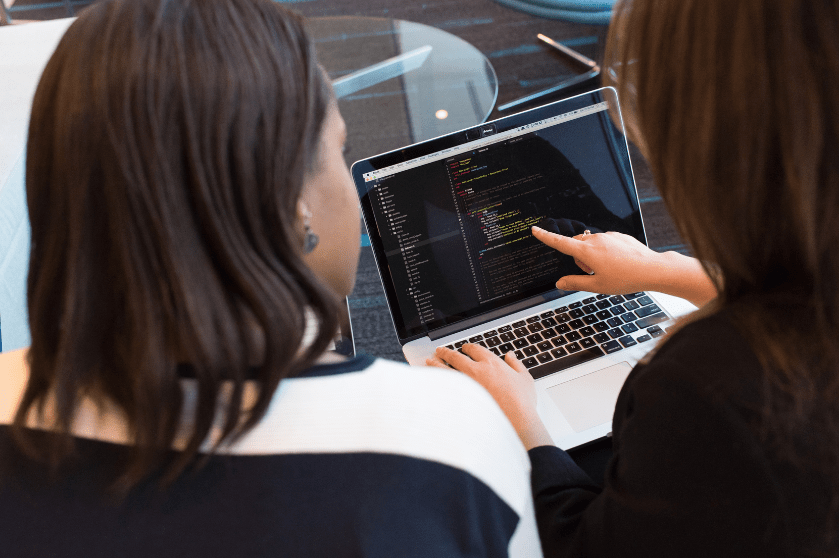